Like most grassroots movements that have endured, Peter & Paul Community Services (PPCS) began when a group of concerned neighborhood volunteers responded to what had become a neighborhood issue.

The community’s decision to become involved led to the opening of a “winter shelter” operated from the basement of Saints Peter and Paul Church in Soulard, where it continues today.

An ecumenical effort from the start, several faith communities formed partnerships to better organize, including the Catholic parishes of Saints Peter and Paul and St. Vincent de Paul, and Trinity Lutheran Church.

Volunteers established a Meals Program to offer food and a sense of community to those living with low incomes in the neighborhood and beyond. Run by Saints Peter & Paul Church today, that program continues to feed over 30,000 meals each year, and is open to families, seniors, veterans, and those who are homeless.

In the mid-1990s, PPCS opened its Labre Center, a state-licensed Residential Care Facility, in the Shaw neighborhood. It is named for Benedict Joseph Labre, the patron saint of those who are homeless and mentally ill. The clinical staff at Labre Center serves 15 mentally ill men at a time, providing occupational therapy, nursing care, substance abuse counseling, and hope for an independent future.

In 2014, PPCS completed renovations to the Garfield School in Benton Park West. The school has been converted into 25 apartments for those who are chronically homeless. The Garfield Place Apartments provide permanent supportive housing for men and women who experience mental illness, live with substance abuse, and are accustomed to the isolation that comes from being homeless for years. Round-the-clock staffing and clinical services ensure that the many needs of this group of men and women are met, affording them the opportunity to become independent.

In summary, our emergency Soulard Shelter, two transitional housing facilities – Labre and Positive Directions, and our permanent supportive housing – Garfield Place Apartments – would not be possible without the direct assistance of our many wonderful volunteers, partners, and supporters. 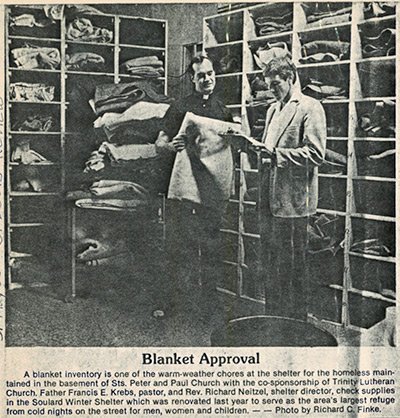 A St. Louis Review article from 1985 highlighting our first shelter in the basement of Saints Peter & Paul Church. 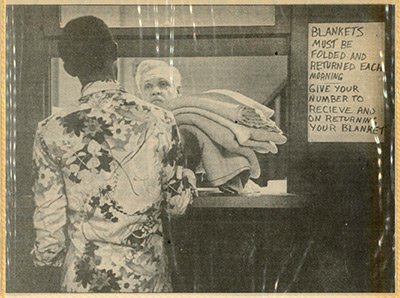 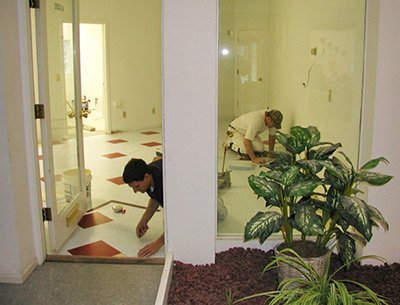 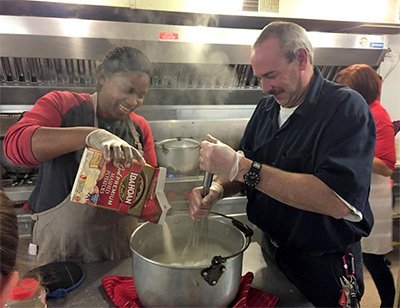 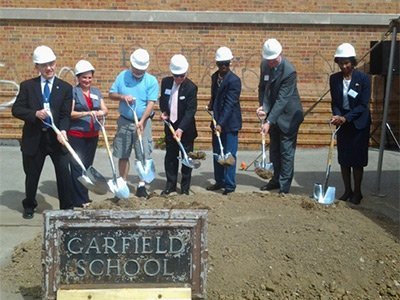