Thanks to this woman, Houston is a leader in housing the homeless. Here’s what Dallas can learn

Mandy Chapman Semple has garnered support for an approach that reduced Houston’s homeless population by 60% in four years. Can she repeat that feat in Dallas?

Mandy Chapman Semple is a consultant who has helped Houston house its homeless population. She is now helping Dallas do the same by forming a partnership with North Texas organizations. (Smiley N. Pool / Staff Photographer) 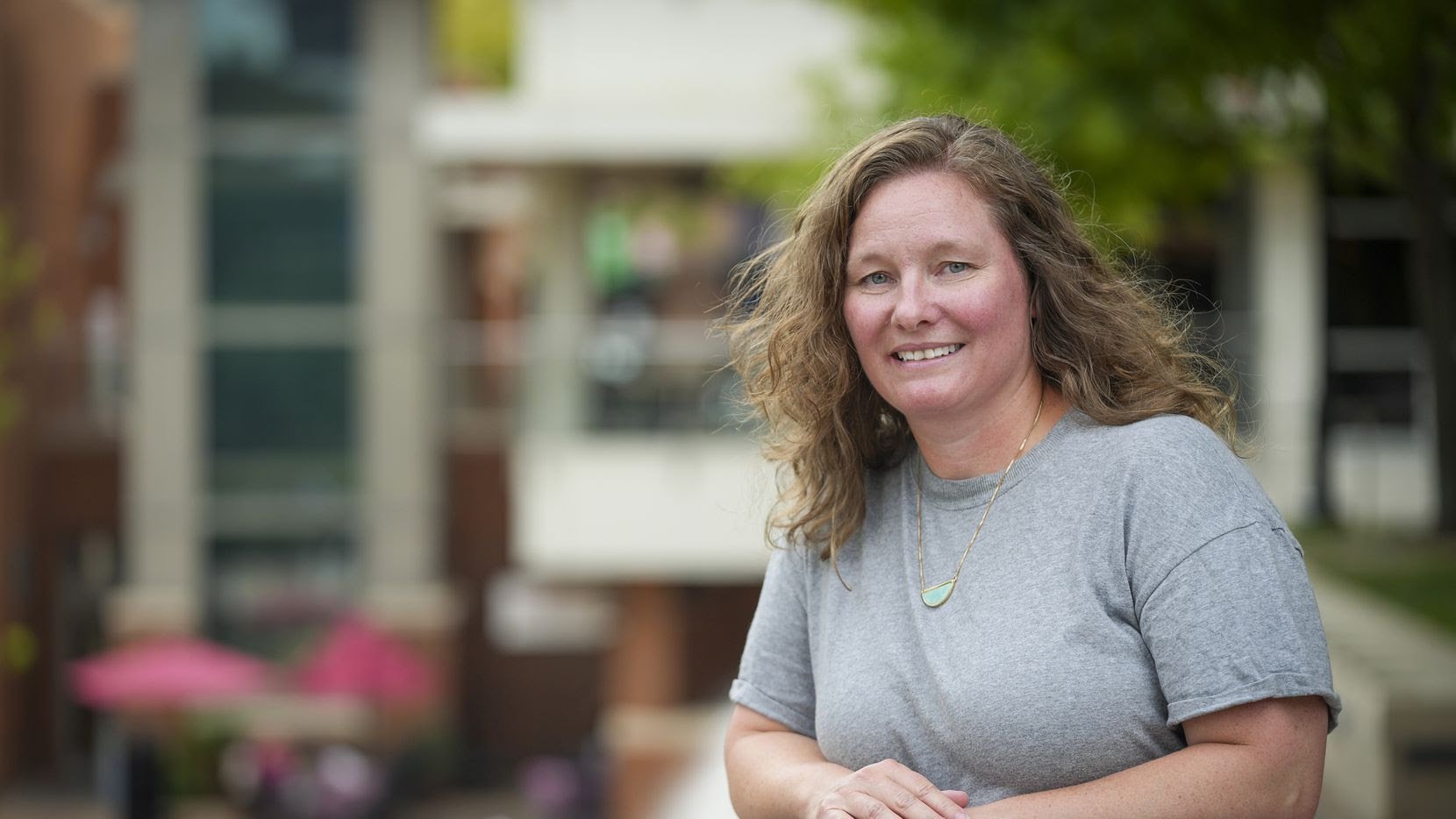 Dallas County and the city of Dallas set an ambitious goal: House more than 2,700 people experiencing homelessness over two years.

While it may seem daunting, the feat isn’t completely out of reach, thanks to a woman who’s done the same in Houston.

Since her work with Dallas began in April 2020, Mandy Chapman Semple garnered the support of eight major foundations in Dallas and embedded herself into the city’s homeless response organizations.

In June, the city of Dallas and Dallas County partnered with Metro Dallas Homeless Alliance; DHA Housing Solutions for North Texas; Mesquite; Grand Prairie; and the Homeless Collaborative announced a $72 million partnership inspired by Chapman Semple’s work that would house at least half of Dallas County’s homeless population. The city and the county each will contribute $25 million. The region’s homeless population has grown 32% since 2011.

Chapman Semple was Houston’s first special assistant to the mayor for homeless initiatives from 2013 to 2016, and she’s credited with designing a strategy that contributed to a 60% reduction in homelessness in the city in four years.

Now nationally in demand, Chapman Semple aims to get Dallas on the same trajectory through her firm, Clutch Consulting Group.

When Chapman Semple arrived in Houston in 2012, the city’s homeless population eclipsed more than 8,000. Using permanent-housing solutions, she devised a plan to house people quickly and include services to keep them from falling back into homelessness.

“Those became the two most important things we could do to create a permanent solution: Build the system infrastructure to help move individuals and support the movement of individuals into that housing,” Chapman Semple said.

Chapman Semple’s plan merged the services and housing into one package.

With Chapman Semple’s guidance, more than 100 public and private agencies in Houston that help with homeless solutions worked with the Mayor’s Office for Homeless Initiatives. The plan, co-led by the Coalition for the Homeless Houston, was called “The Way Home.”

The agencies’ members reached out to homeless encampments to offer permanent housing. Depending on level of need, an individual could choose to find a place to live through a voucher program, or live in a new building or an existing one.

“Everyone gets their own lease because the goal here is to start rebuilding that tenant history, and then folks can stabilize long term,” Chapman Semple said.

Clients are assessed to find the type of intervention that works for them, Chapman Semple said. Each person also would have access to voluntary services such as case management or mental health resources.

In these apartment buildings, clients aren’t bound by rules such as mandatory meetings or curfews. Chapman Semple said these rules tend to make people feel they’re being treated as children.

“Just because they’re experiencing homelessness doesn’t make them any different,” she said. “And that has to be an important consideration in your system design and in the solutions that you bring.”

Since Chapman Semple’s plan was initiated in 2012, over 23,000 people have been permanently housed in Houston, according to Marc Eichenbaum, special assistant to the mayor for homeless initiatives. About 90% of those remained housed, he said.

And according to the 2020 homeless count in Houston, Eichenbaum said, there’s been a 55% reduction in that population since 2012.

The backbone of the city’s success is Chapman Semple’s plan, he said. The housing strategy, paired with voluntary services, kept people off the street and gave them a path to success, he said.

Without influence from the city’s leadership, the plan would have quickly failed, Eichenbaum said.

“Having political will and high-level elected leadership take this on as a top priority is essential — no city’s been able to get their hands around the issue without that,” he said. “It cannot live and die with the elected official.”

Peter Brodsky, chairman of the Metro Dallas Homeless Alliance, said Houston was a prime example of what Dallas hoped to do with its homeless population. Brodsky credits Chapman Semple for the city’s success.

“A lot of the best practices and a lot of the philosophy that was adopted in Houston seems to work,” he said. “We’re trying very hard to implement that here.”

Not every project is perfect. One large limitation is funding, and at first, Chapman Semple said, Houston did not invest general revenue into homelessness or social service responses.

Houston has a revenue cap limiting the revenue it can collect, so the city reallocated federal funds to the project. It still reallocates that money every year, Eichenbaum said.

But the issue isn’t that Houston won’t fund the initiative. It just doesn’t have the resources to put more money on the table.

The city also spans a huge geographic area, which Chapman Semple said adds a layer of complexity when delivering services to different parts of town. Most homeless services are concentrated in downtown Houston, and when housing is provided for people across 669 square miles, there are added costs to making those services available for them.

Chapman Semple also said she had to work with organizations as they began to operate as professional homeless services rather than as charities. That came with a learning curve — the organizations were no longer focused on raising money to fuel their services, but they now had funds to ensure that services would be provided for those who needed them.

The biggest limitation, Chapman Semple said, was developing strategies to guarantee there would be homes for people to live in, and that meant having to constantly work with landlords to strike deals.

Traditionally, a case manager vouched for a person to live in a specific apartment complex and hoped that a landlord accepted. That worked on a case-by-case basis, but Chapman Semple needed to work on a larger scale to house more people.

She diversified her workforce to include apartment locators with real estate backgrounds to help negotiate deals with landlords.

“If we were going to do this at scale, we had to cut through some of the bias that exists within that rental market and start negotiating based on business values,” she said. “It’s all of the things you would imagine when you’re going from an informal charity-based system to a professionalized rehousing industry.”

If you care about housing the homeless in Dallas, you need to know Mandy Chapman...
Scroll to top
Cart
Checkout - $0.00