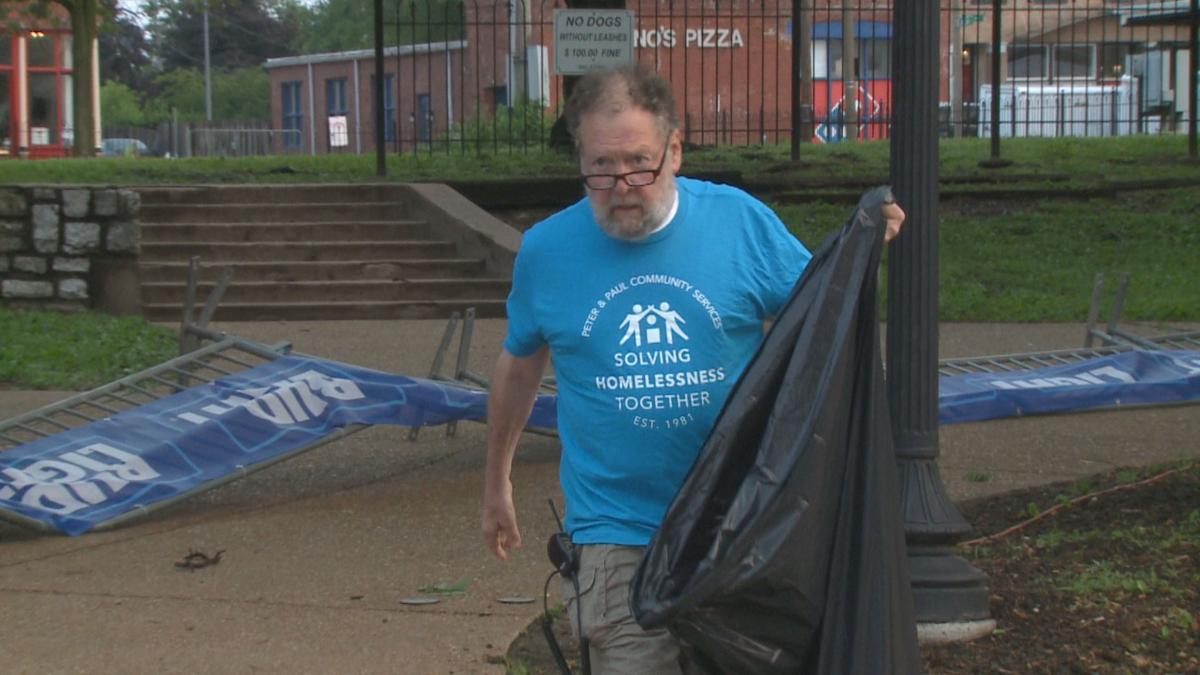 Like the memories of the party goers, the mess from the Blues game watch party in downtown St. Louis will be not be remembered.

Six men hit the streets of Soulard at 5 a.m. the morning after the celebrations. They call themselves the Soulard Clean Team. 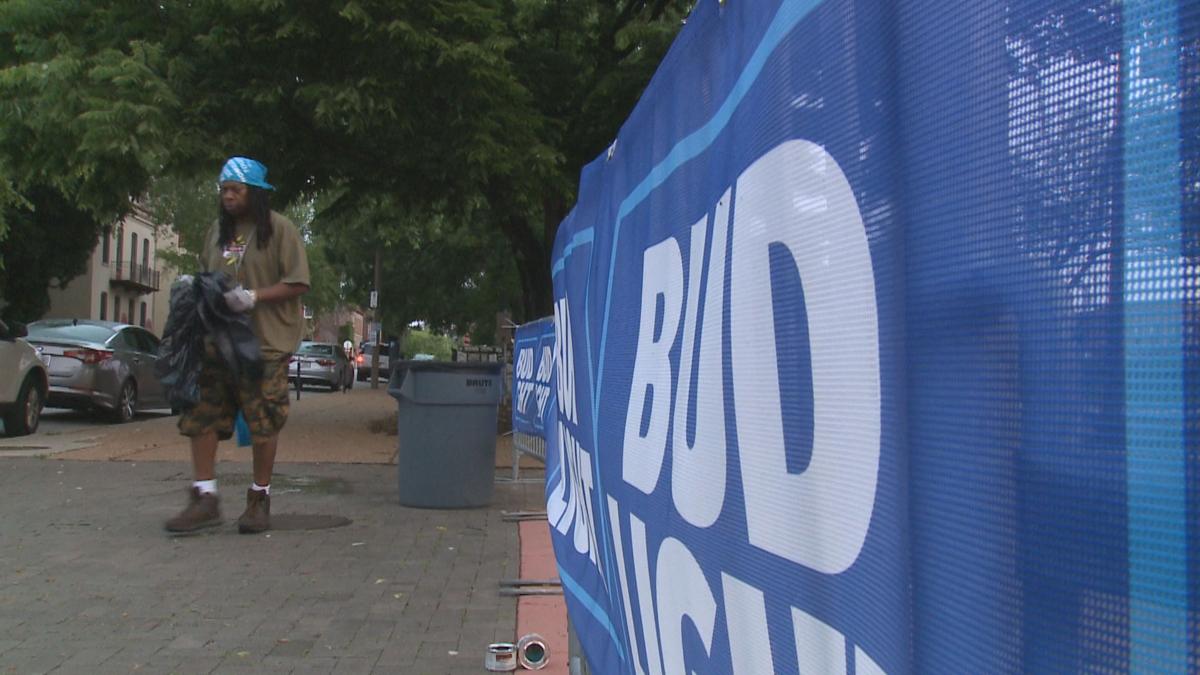 And while they are picking up litter, leftovers and bringing full trash bags to the dumpsters, there men want to be doing this. To them, it is more than just a job.

Rob Leigh Majors, along with the five others he works with, is homeless. He and the others stay at the Peter and Paul Community Services Homeless Shelter.

Three mornings a week, each of the men make 20 dollars for two hours of work.

“I lost control of my finances and crashed and ended up pretty much destitute and started to pick myself up and put the pieces back together,” Majors said.

Andre Cole is the organizer of the clean team. He said since they started this August of last year he’s seen a lot of men turn their lives around.

Cole said he can pay his team and provide supplies thanks to the support of the businesses, churches and bars in Soulard pitching in.

“In the neighborhood, we get praises,” Cole said. “We were only doing two days and so they offered us more money to take on a third day and more support.”

The owner of Molly’s in Soulard donated a utility vehicle to the clean team, which helps them do their job more efficiently and cover more ground. The seats can also fit most of the clean team crew, the back holds enough room for all of the trash bags they pick up so they’re not putting the trash bags in their own personal cars.

They find a lot of different things on the streets, but George Morehouse said they have changed their ways.

“Few years ago, if I found a credit card, I would have tried to use it,” Morehouse said. “Doing wrong … you will always be down.”

And now they are changing themselves in the hopes of changing public perception.

“The stigma that we’re lazy, that we just don’t want to work,” Cole said. “I want people to look at me like a normal person and feel like when they see a homeless person, they’re not all bad people, we’re just trying to better ourselves.”

The people in these St. Louis emergency shelters might be some of the city’s...