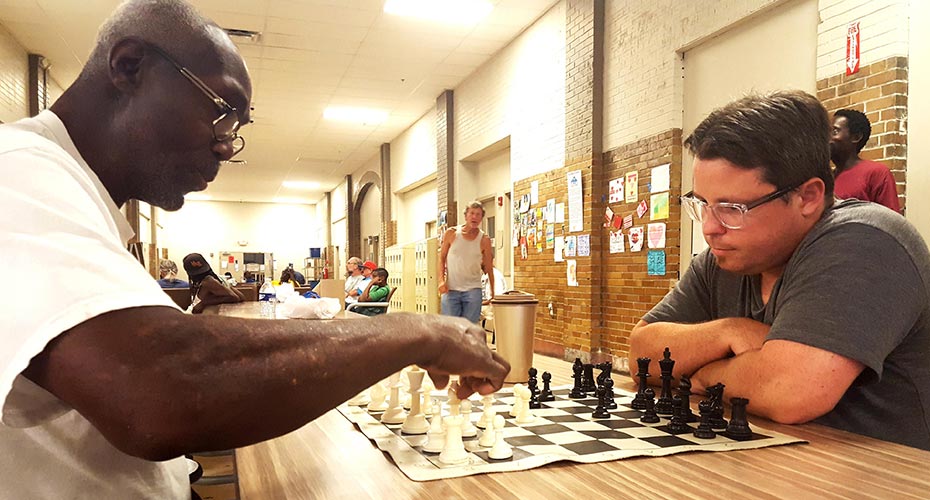 Terry Austin eyes his opponent across the chessboard, then deftly captures his knight.

The two play in the communal living area at Biddle House, a shelter for people who are homeless near downtown St. Louis. Austin is a resident. The Biddle House chess club began in 2016, the same year the shelter opened. Twice a week, shelter residents gather to play chess with volunteers from the community.

After Thieves Stole Guitar Man’s Guitar, His Fans Stepped Up in a Big...
Scroll to top
Cart
Checkout - $0.00