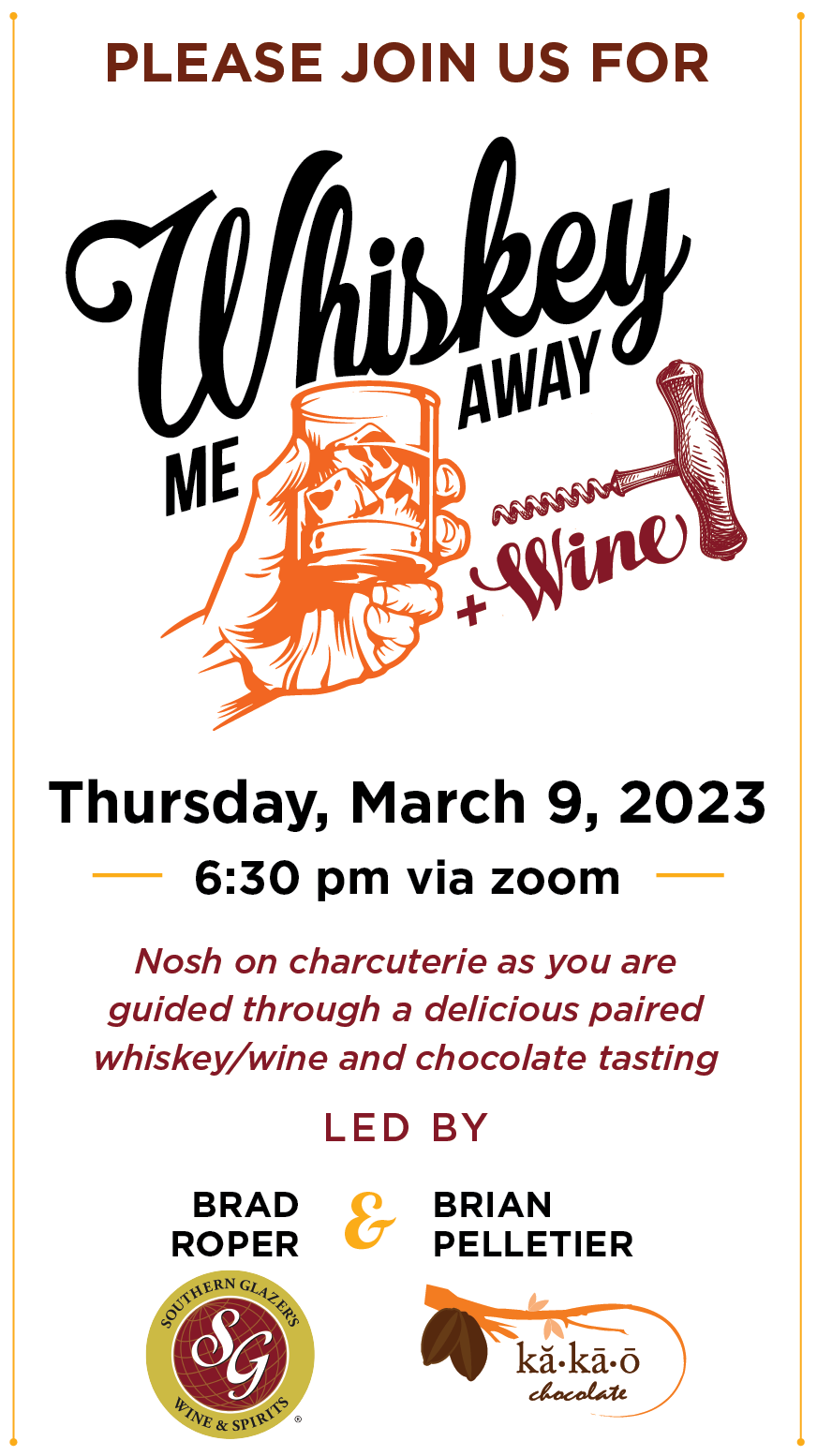 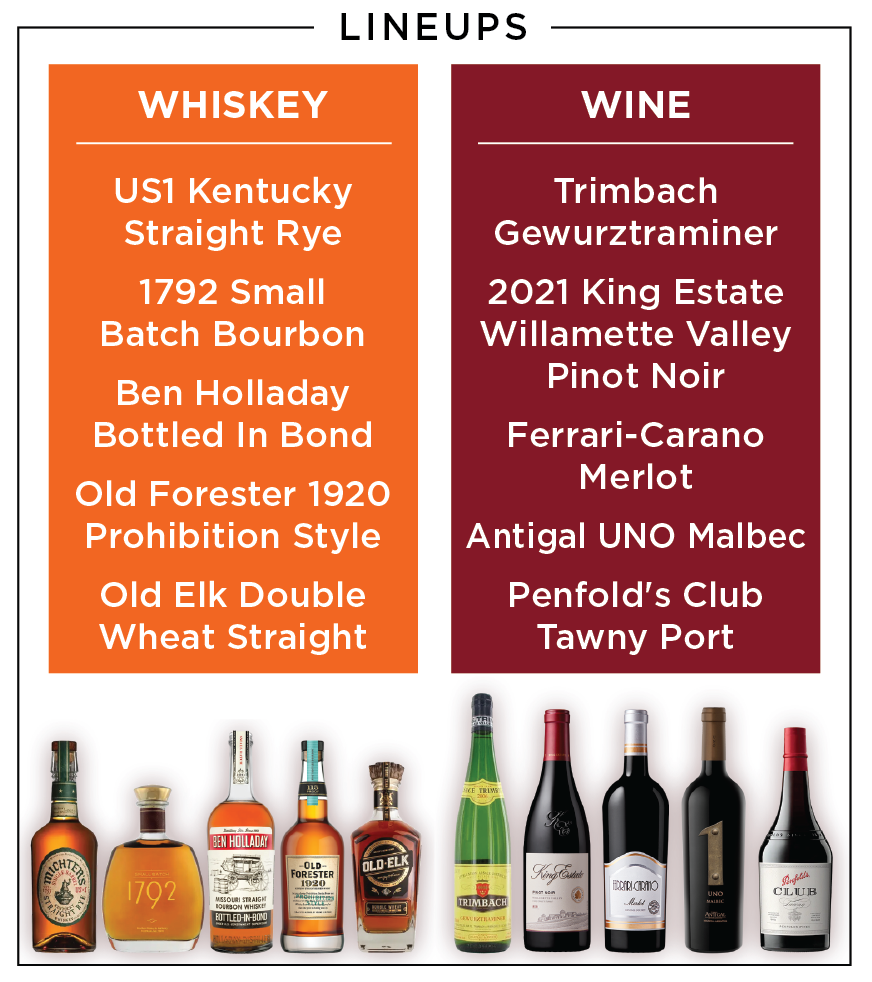 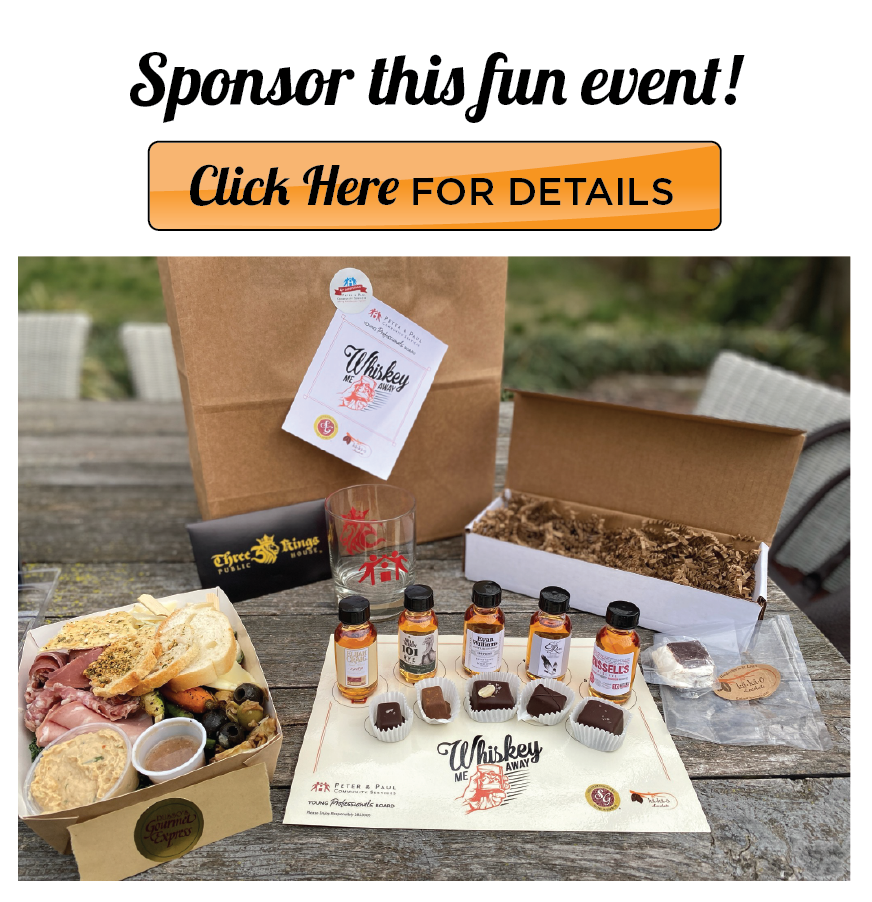 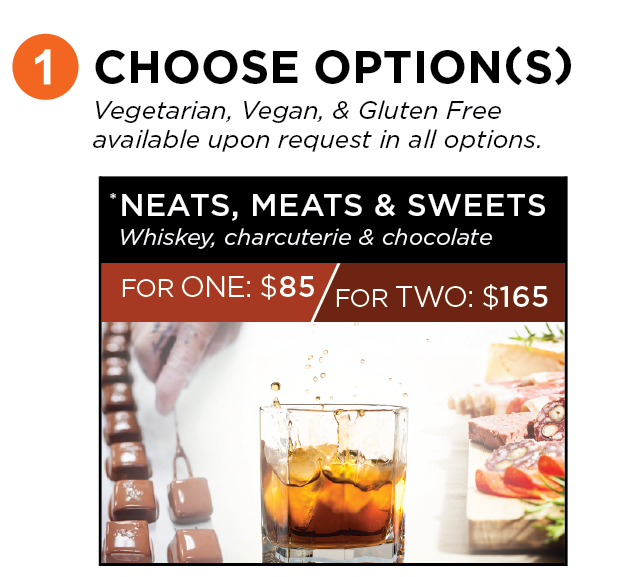 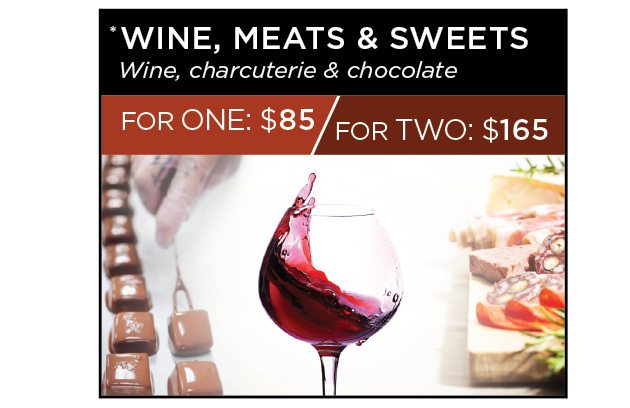 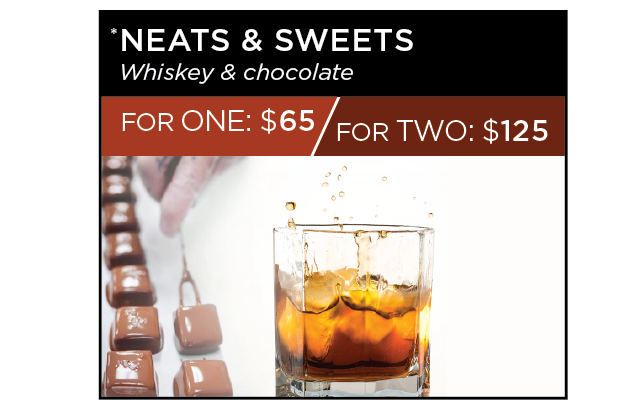 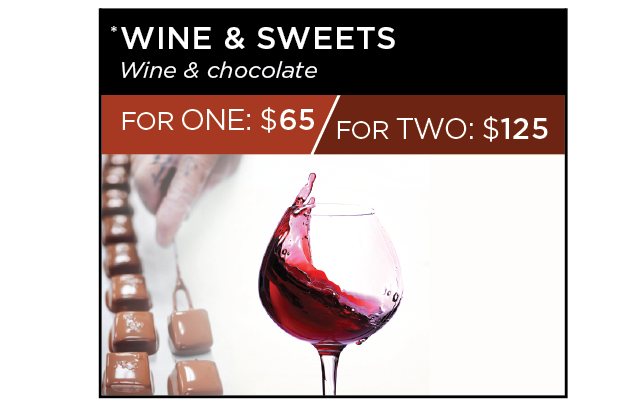 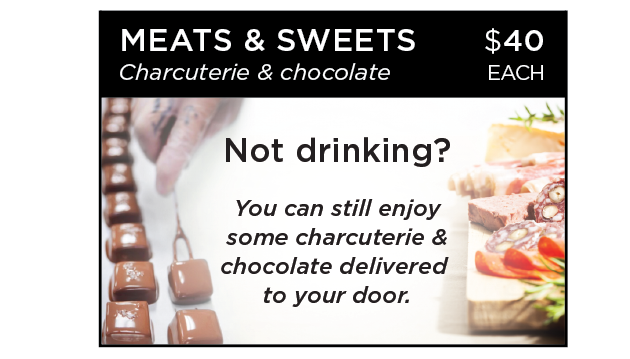 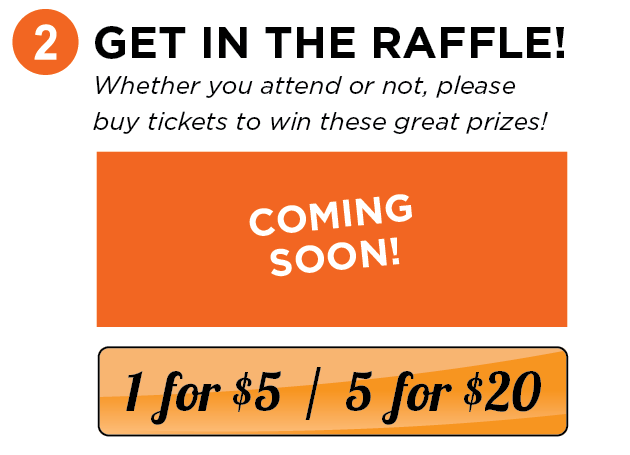 Items will be delivered locally by staff and volunteers. As such, this event is limited to folks in and around the St. Louis metro area. We are open to alternate arrangements, so please reach out with special requests.

1792 Small Batch Bourbon is sophisticated and complex. A distinctly different bourbon created with precise craftsmanship. Made from their signature “high rye” recipe and the marriage of select barrels carefully chosen by their Master Distiller. 1792 Bourbon has an expressive and elegant flavor profile. Unmistakable spice mingles with sweet caramel and vanilla to create a bourbon that is incomparably brash and bold, yet smooth and balanced. Elevating whiskey to exceptional new heights, 1792 Bourbon is celebrated by connoisseurs worldwide.

Ben Holladay Bourbon is aged in a level three, charred, Missouri white oak barrel and is non-chill filtered. It is produced using many of their original methods including a two-grain cooker system, same distillation proofs, and barrel entry proof. This is handcrafted small-batch bourbon, with each batch being pulled monthly from different barrels spread out on different floors of our two seven-story rickhouses and blended by our master distiller to match our strict criteria for flavor profile. Approximately 80% of the very first batch will be sourced from barrels that were aged on the fifth floor of Warehouse C, the largest rickhouse on-site. The remaining 20% of the bourbon will come from barrels aged on the first floor of the same warehouse.
The ratios of each subsequent batch of Ben Holladay Bourbon will be unique as they embrace the variable aging between floors. The temperature can vary by as much as 30 degrees between the top and bottom floors, resulting in differences in taste between barrels that have aged in the cooler temperatures and higher humidity found on the first floor versus the warmer and drier conditions on the higher floors. These differences are most dramatic in the early years and diminish over time, but are still present at the six-year aging mark.
Due to the unique variations of each batch, the Ben Holladay Bourbon label features a blending chart to help distinguish the individual batches and allow consumers to identify the blending process used.
Old Forester 1920 Prohibition Style Whisky

1920 Prohibition Style: The Volstead Act of 1920 which initiated Prohibition in the USA granted permits to six distillers in Kentucky to continue to bottle bourbon for medicinal purposes. Through one of these permits, Old Forester continued to be produced as medicinal whiskey on Louisville’s famed Whiskey Row. It is the only bourbon continuously sold by the same company that has been available for sale before, during and after Prohibition.

During this time, all whiskies had to be bottled at 100 Proof. With a barrel entry proof of 100, the “angel’s share” would have created a 115 proof whiskey after maturation. To pay homage to this era, Old Forester presents 1920 Prohibition Style Bourbon at 115 proof to represent the rich flavor profile this bourbon had nearly 100 years ago.

Two-Fold the Taste | One for the wheat-freaks: A grain most whiskeys overlook, wheat imparts some of the finest flavors you can find in a glass—if it’s treated right. Old Elk has mastered the way of wheat already, celebrating its sweet softness and nutty round notes in their Wheated Bourbon Straight Bourbon Whiskey and Straight Wheat Whiskey. Now they’re building on those triumphs with a new wheat-forward whiskey: Old Elk Double Wheat.

Part of their Master’s Blend series, Old Elk Double Wheat takes whiskey where it’s never gone before. Master distiller Greg Metze has created a “mashbill within a mashbill,” seamlessly layering Old Elk’s 95% wheat whiskey with our wheated bourbon, for a final ratio of 71.5% wheat, 25% corn, and 3.5% malted barley. We can guarantee you’ve never tasted whiskey like this.

Despite the smooth texture and soft flavors that wheat imparts, this whiskey is no pushover. At a precise 107.1 proof, Old Elk Double Wheat shows its strength without overwhelming your palate. Multi-dimensional and more complex than the typical wheater, this whiskey will impress the most demanding drinkers while welcoming all curious newcomers.

Richly spiced on the nose, with notes of butterscotch and cinnamon toast, the whiskey opens up into a creamy, vanilla-sweet palate. It oozes with buttered brown sugar and ginger-dusted pecans, rounded out by a satisfying finish of robust oak.

The most fruity and spicy: a unique wine.

It is in Alsace that this grape variety reaches all its perfection.

Its dry character allows amateurs to enjoy it as an aperitif or accompanied by specialties with a strong personality.

​Pairings: spicy fish or meats, exotic spicy dishes, soft cheeses (the unavoidable Munster), a well-seasoned steak tartare, some desserts, and many others.

Fruit from their own Biodynamic® estate is carefully blended with that of other like-minded vineyard partners to make our flagship Pinot Noir from a strong Oregon vintage. With this wine, discover why Oregon’s reputation for outstanding Willamette Valley Pinot Noir grows stronger over time.

Winemaking Process: Whole clusters are destemmed then allowed to cold oak for 48 hours with daily pump overs. Some whole clusters are left intact in select lots for additional complexity. During fermentation, 10% of juice is bled off using the Saignée method for further concentration of flavor and color. Fermentation occurs in stainless steel open top tanks with daily punch downs. Aged in French oak barrels for 10 months.

Vintage Notes: The Pacific Northwest experienced a relatively warm winter with below average precipitation. Dry conditions did not abate until September and October, making 2021 one of the driest growing seasons on record and adding to ongoing drought worries. The growing season started out cool, followed by wide fluctuations in temperatures in April and May. The most significant weather event came in late June when a heat dome settled over the region for three days, breaking all-time temperature records by as much as 10 degrees. Fortunately, plant growth was far enough along that damage was minimal. The growing season remained warm into October. Harvest produced very good to exceptional fruit quality.

This beautifully-balanced and medium-bodied wine is made from select lots of grapes chosen from our vineyards in Sonoma. The cool climate, valley-floor vineyards produce supple, fruit-forward wine, while the mountaintop vineyard fruit lends intensity and structure.

Palate: Soft, with sweet tannins and a round, rich mouthfeel. Hints of tobacco, chocolate and vanilla underscore the wine’s complexity, and the finish is balanced and long.
Penfolds Club Tawny Port
Club Reserve Classic Tawny In 1844 Christopher Rawson Penfold planted vines on the slopes of Magill to produce fortified wines. Penfolds is now proud to present a range of fortified wines that is a continuation of over 165 years of winemaking tradition and represents the finest collection of wines of this style in Australia. Since 1985 Penfolds has been identifying the best barrels of Club Tawny and reserving them for additional maturation. These reserve barrels are then skilfully blended to create Penfolds Club Reserve Classic Tawny – with an average age of more than five years – in keeping with the Penfolds tradition of excellence.